About Rabies in Bats
According to the Centers for Disease Control and Prevention (CDC) rabies is a fatal disease. Each year, tens of thousands of people are successfully protected from developing rabies through vaccination after being bitten by an animal like a bat that may have rabies. There are usually only one or two human rabies cases each year in the United States, and the most common way for people to get rabies in the United States is through contact with a bat. Awareness of the facts about bats and rabies can help people protect themselves, their families and their pets. Some bat facts are listed below:
In Your Home
If you’re not sure if a contact has occurred, but a bat is found on or near you, then post-exposure vaccination may be warranted. Infants, young children and people with reduced mental function due to medication, alcohol, illness or age should be considered to be at higher risk since they may not have known or be able to tell others if they were bitten.

If you are certain no people or pets have come in contact with the bat, confine the bat to a room by closing all doors and windows leading out of the room except those to the outside. The bat will probably leave soon. If the bat doesn’t leave, contact an animal control or public health agency for assistance. If help isn’t available, follow the steps to capture a bat.

If a bat is in your house and you have any question about whether the bat has been in contact with people or pets, you will want to have the bat captured and tested. Call animal control or a wildlife conservation agency for assistance. If professional assistance is not available, follow the steps to safely capture the bat and save it for testing.

To Capture a Bat
If you observe any animal that appears to be injured, sick or displaying aggressive behavior, please call 911 immediately. 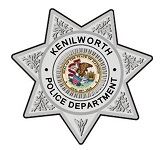